Aerobatic performances make use of different props on which figures and flights are shown.

With the hanging or static trapeze as well as on the vertical rope, a number of difficult slopes are usually shown. In parallel, techniques with the (air)ring, the vertical scarf, the cloth loop and the straps have been developed, which offer similar acrobatic possibilities. 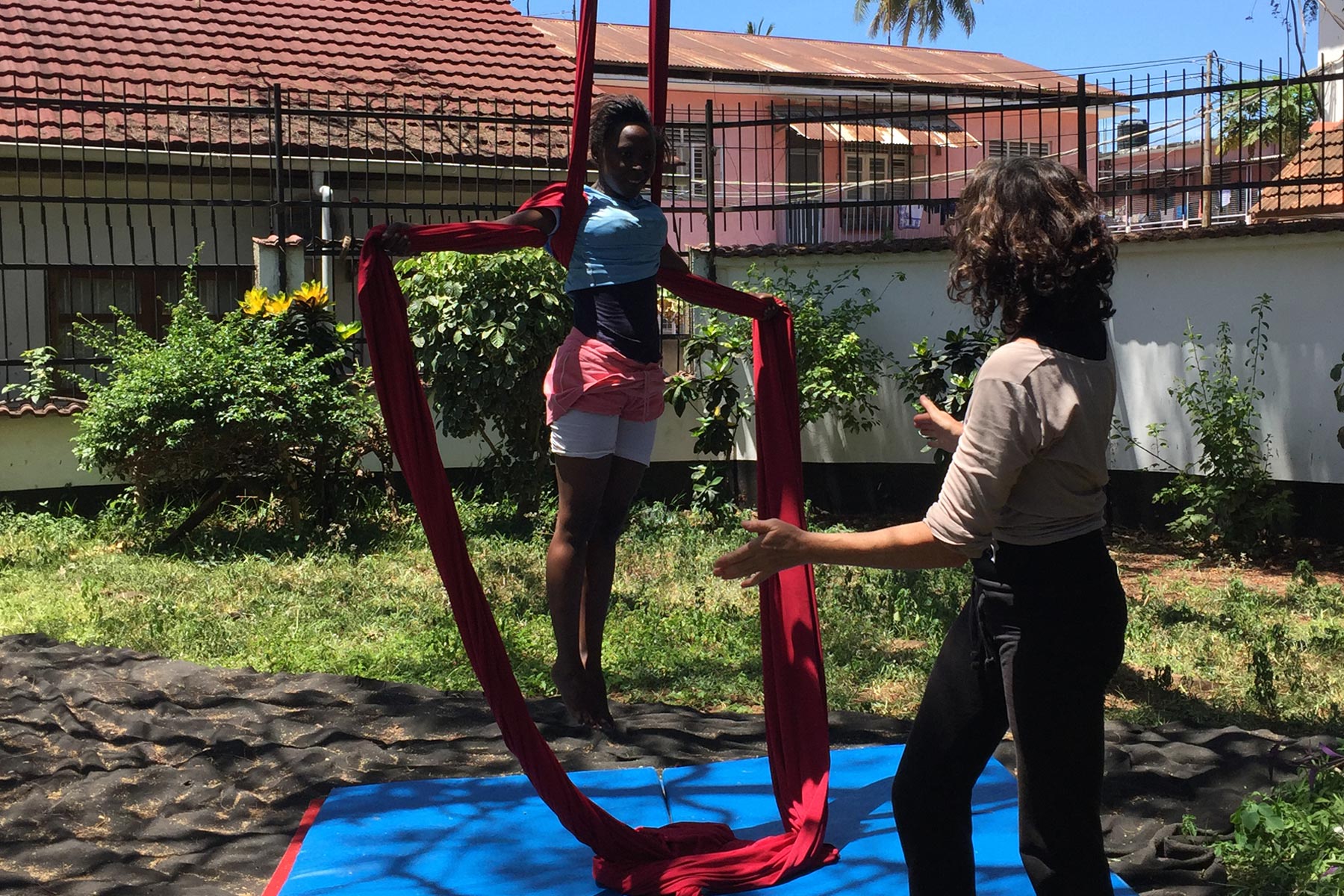 Despite the concept of ground acrobatics, throwing and falling exercises are also possible here.

The ground acrobatics describes exercises with one or more partners (partner, duo and group acrobatics) and covers the areas of circus and variety. It is a form of balance with several persons, with at least one person remaining in connection with the ground, the stage, or the pedestal.

The persons involved are referred to as airmen or flyer (upper person) and base (lower person). In group acrobatics, in addition to several lower and upper persons, there are also middle-positioned persons. The figures used in the acrobatics can be categorized by first describing the position of the lower person (lying, squatting, standing, kneeling or handstand). In the second step, the upper body is used to determine the body parts of the sub-person (feet, hands, shoulders, knees, thighs, back, or a combination). The orientation of the supervisor (horizontal, vertical or kopfüber) is the last definition for duo figures. Exercises with more than two people, can be described as a combination of already presented duo figures. 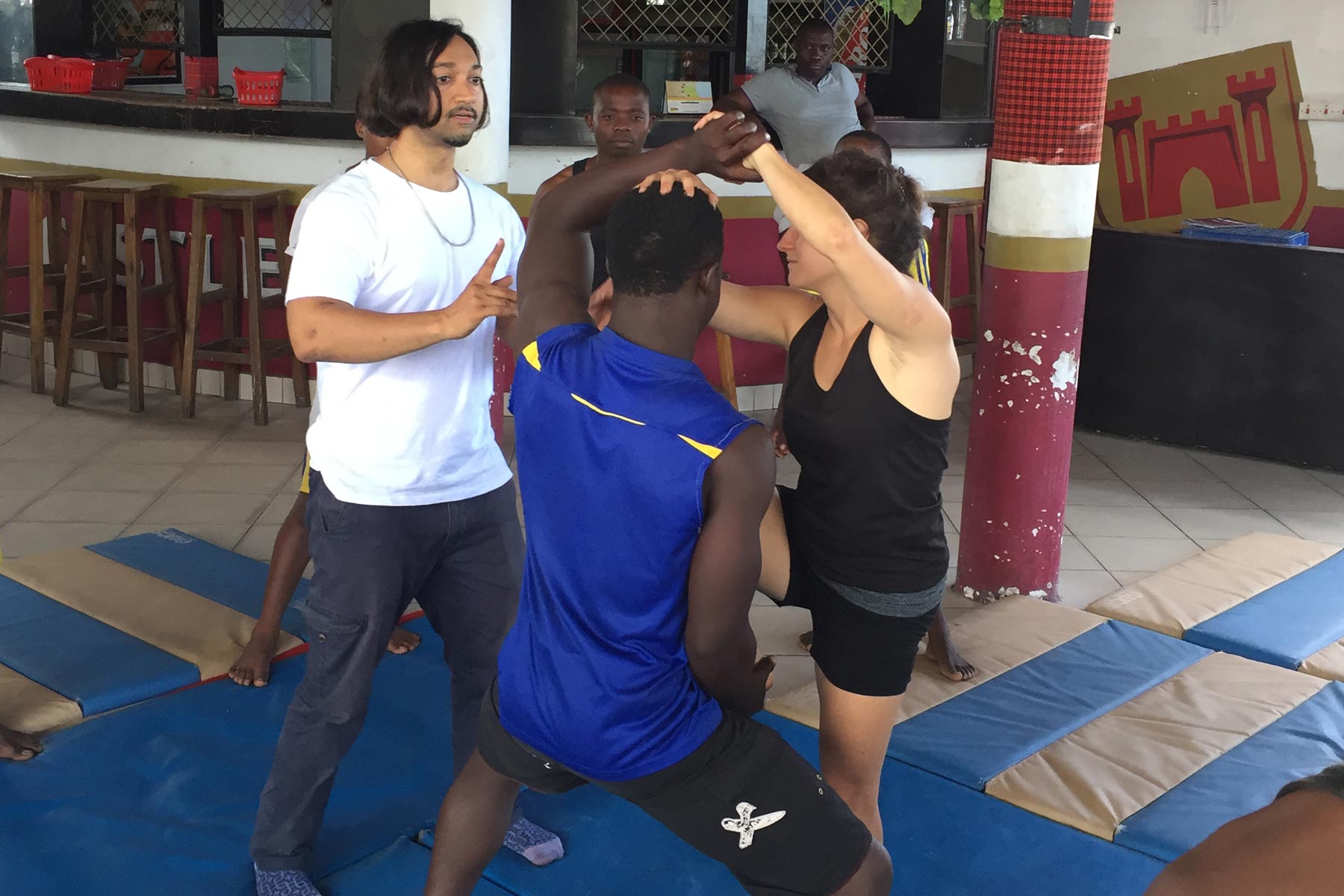 Juggling is an essential part of the artistry and traditionally one of the performances of the circus as well as variety.

In the first place, juggling refers to the ability to throw several objects repeatedly into the air and catch them again, so that at least one of the objects is in the air at any time. The most common juggling successions are balls, clubs and rings.

In the wider sense, the term also includes circus disciplines such as Diabolo, Devilstick and Contact Juggling, in which objects are balanced and moved on the body. 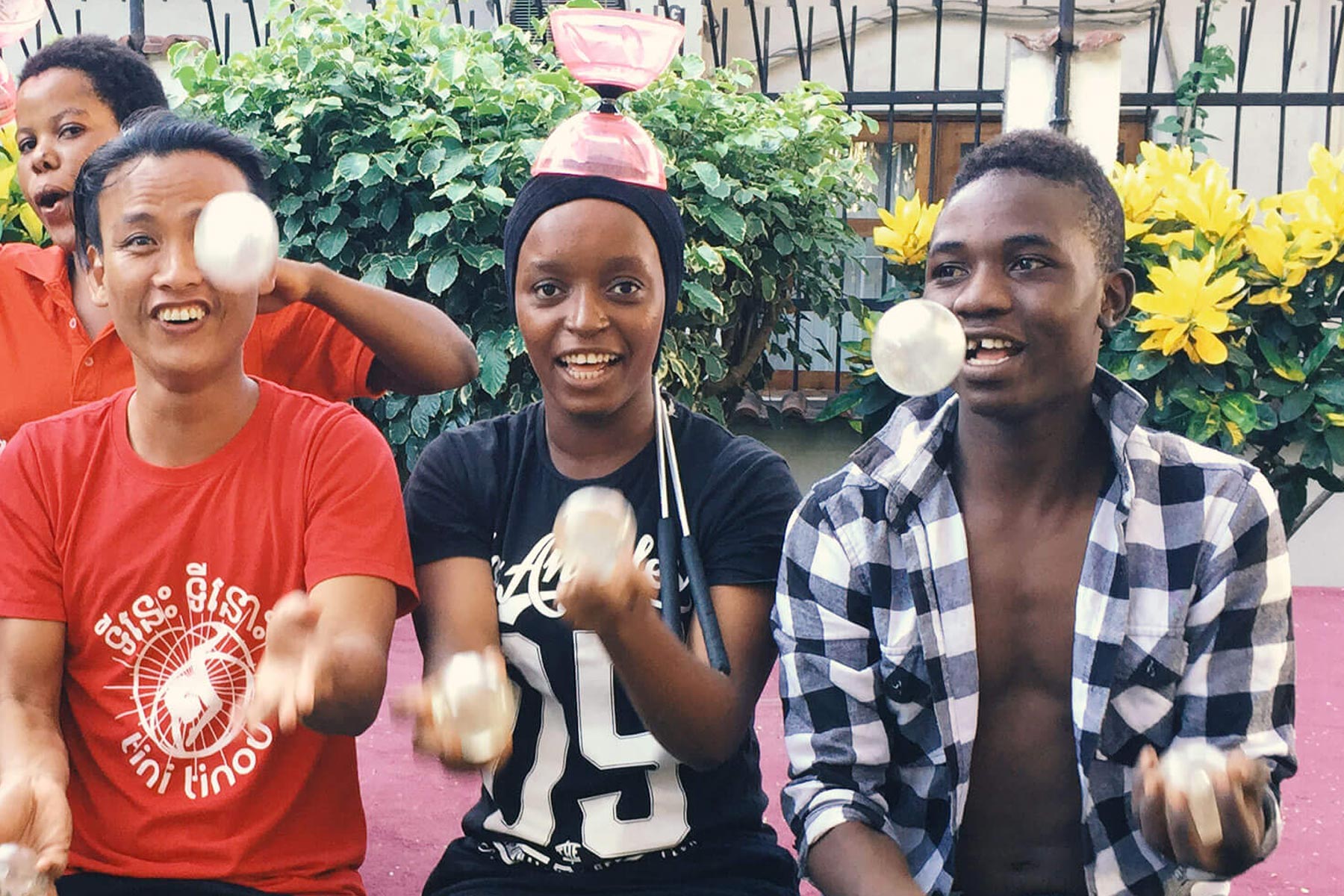 Samba Reggae is a percussion style that was created in Bahia in north-eastern Brazil in the 1970s and now enjoys great popularity all over the world. The basic instrumentation consists of large base drums (Surdo) played in four different voices, as well as a smaller tuned drum (Repenique) and snare drum (Caixa).

Some groups also use the hand drum Timbal, which resembles the sound of the African djembe.  Samba Reggae can be played in small ensembles, but in large groups, so-called afroblocos, with up to more than 100 people. 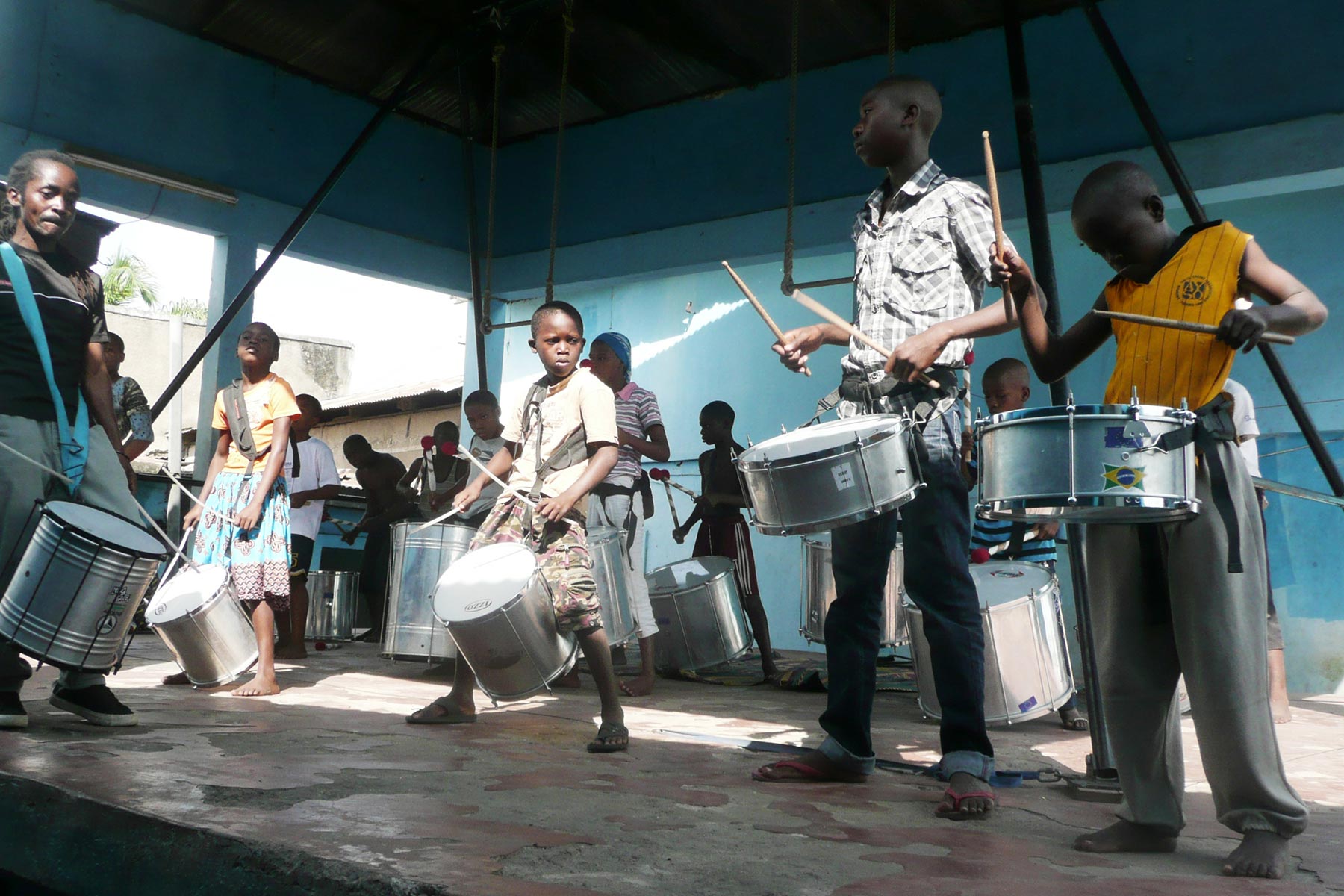